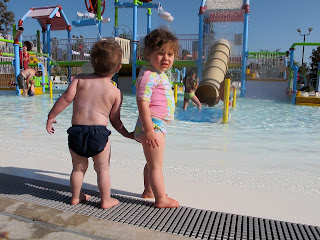 Yes, that's my 20 month old son "goosing" his friend, Liana.   And from her expression, I'm not sure if she's looking back to make sure no one's watching, or as if to say, "Do you see what your son is doing to me?"

If you must know the truth, however, the moments leading up to the pinching of the bottom were actually prompted by Liana. 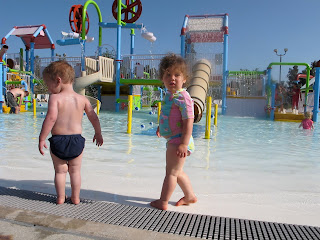 Here they were.  Braden minding is own business.  Not noticing Liana.  More interested in his own shadow (typical male).  She, clearly is watching me  :-) 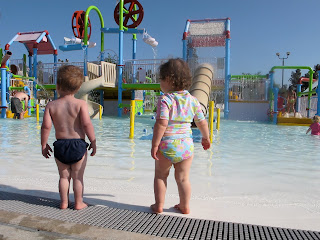 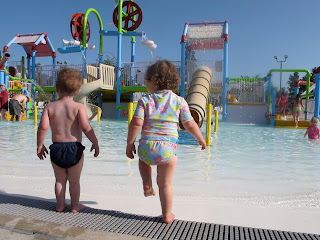 "I'm just going to slowly move over a bit," she thinks. 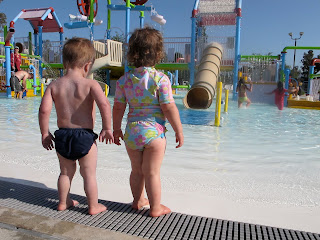 "There we go.  Nice and close.  Maybe I can even casually touch his hand ever so slightly..."

"Woop?!"  Next thing you know, Braden's pinching her bottom.  How does it start so young?

The other part of this story, the side I didn't catch on film, which I was told afterwards, was that Braden's expression was truly priceless.  Apparently, he had the biggest grin from ear to ear; clearly his intentions were direct and he knew what he was doing.  He had, however, better sense than to check whether or not mom was watching.

It's the old toddler method: if I pretend I don't see you, you don't really see me, right?!


The good news in all this, is that Liana's parents, Seth and Mitra, are good friends of ours so a little goosing isn't going to upset them.  Especially since they've been known to goose one another as well.

Maybe that's what Liana was hoping for?  A little goosing like she sees...  I'm just saying?! 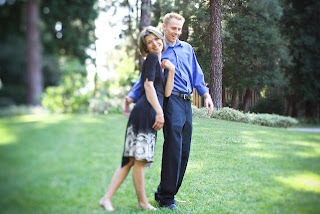